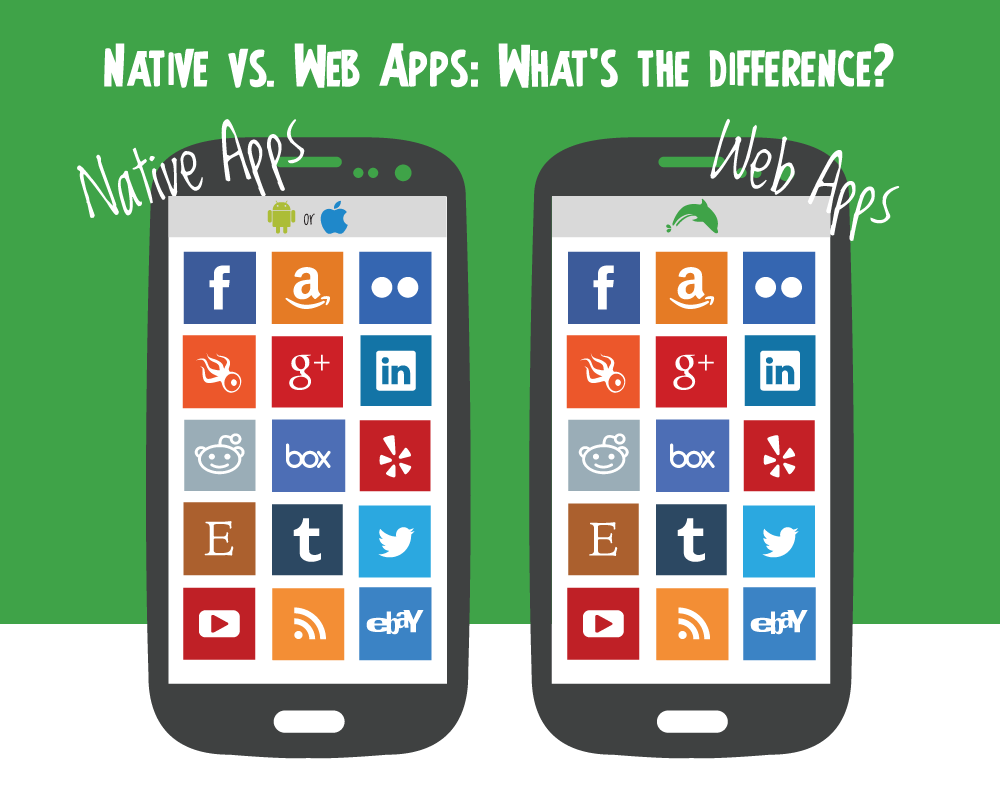 The past couple of years have a seen a lot of talk about the mobile battle between the Native App and Web Apps. Words like HTML5, Javascript, CSS3, Objective C, and Java have been thrown around in a frenzy to determine who will be the eventual victor in the smartphone era. But what does it all mean?

Let’s take a few steps back and cover the basics: What’s the difference between a Native App and a Web App?

Native Apps: A native app is a standalone bit of software that I can download directly onto a smartphone, typically via an “app store”.

The native app is a popular option for most users, as many people are familiar with on their smartphones. However, with the increased functionality of mobile browsers, web apps have taken a more notable stance in the debate.

Many popular native apps also come in a mobile web app form, like Facebook, Twitter, Wikipedia, and most news sites. There are also hundreds of other web apps out there that offer productivity tools, weather forecasts, and time-wasting amusement.

So I understand the difference between a native app and a web app: now which should I use? That, my friend, depends on the user. I am partial to the web app experience, because I can do all my smartphone functions (responding to email, checking social media, shopping, reading news) in my browser. Gone are the days of switching between several apps, which takes time, hinders my work flow and kills my battery.

Do you primarily use native apps, or are you more of a fan of the web app? Let us know in the comments below, or over on our Facebook page!