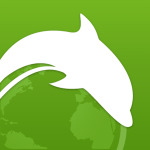 A new version of Dolphin for iOS is now available on the App Store. The latest Dolphin v8.7 adds supports for three new languages: German, Russian, and Turkish, bringing the total number of supported languages to five, including English and Simplified Chinese. As always, there are lots of bug fixes, plus speed and stability improvements […]

Chances are that you are reading this article on your smartphone. They’re always with you, and always connected…until the battery runs out of power and the phone dies, that is. The majority of modern electronics, including smartphones, use a battery type called lithium-ion. This is the best battery technology we have (for everyday consumers) today. […]