Is Android Taking Over Our Lives? 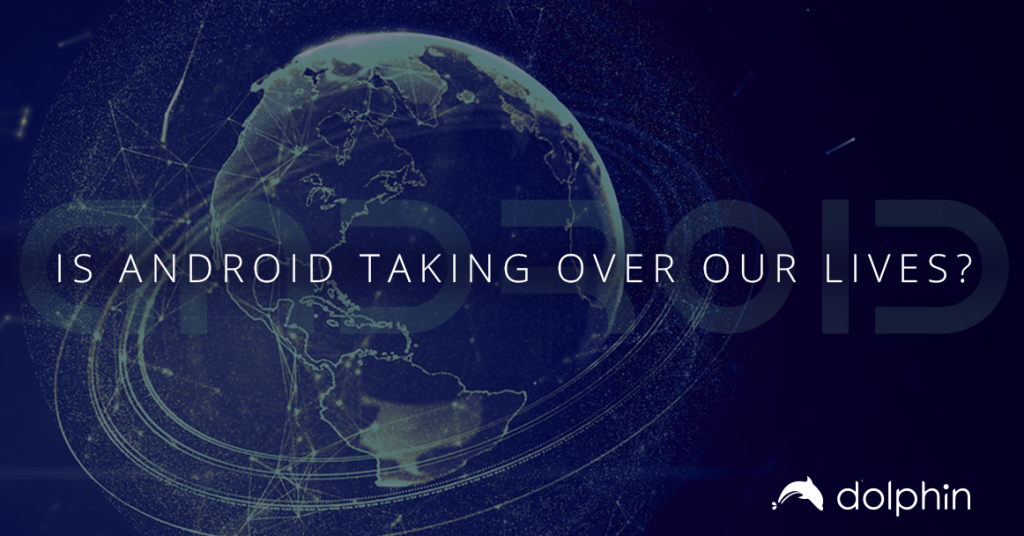 A look at Android today and tomorrow.

The world of dirt, sweat, and spiral notebooks is dying.

And in its place is a new “land” of bits, hardware, and smartphone integration.

Some think our obsession with apps and the internet of things (iOT) is leading us astray: to a society of short attention-spanned and over-informed citizens. Others see this as a hopeful new world where mundane tasks take a backseat to automation, complex problems become simpler with tech integration, and communities thrive in safer environments.

We think the world is about to get really cool and tech-centric, and we love it!

Since Dolphin is in the tech space, we stand with those that see technology as a way to simplify life, automate the mundane, and empower creative thinking.

Let’s take a look at some incredible things we can do with Android-run devices!

As of 2014, there are over 1 billion monthly active Android users.

Today with Android, you can:

There’s an app for almost everything today. Imagine what tomorrow will be like!

What is the future of Android?

In an interview with Fast Company magazine on May 26th, 2015, Hiroshi Lockheimer, Android’s Chief Engineer, prophesied on Android’s future.
He said:

“It’s really about thinking about these different screens, if you will, holistically. How do they work with each other? A watch, and a phone, and a TV, and a car, and a tablet, how can they coordinate, and how can they actually enrich our lives, and make things that were harder before more useful?” -Hiroshi Lockheimer, VP of Engineering, Android

There you have it! This isn’t some kind of “tech take over” (like Skynet in the Terminator franchise.) In fact, the goal of Android can be summed up in one simple line – to make things that were harder before, more useful.

Looks like Android isn’t going anywhere except in our cars, refrigerators, banks, and everywhere else.

In the future, expect to see silicon chips and software integrated into the most unexpected of places.

Smart spoons that control portion sizes? Sure, why not. A fireplace that moderates its own temperature? Warm and comfy. An app that can check heart rate through a picture? Androinica wrote about a company that does exactly that… since 2010! Apps that can guide us on how to deliver the perfect speech, have the perfect date, or be prepared for the perfect weather conditions? In the new world of Android, anything is possible.

We live in exciting times!

Our dreams and goals and how we communicate with each other— these too might even one day run on Android.

What do you think about Android’s recent move into cars, tablets, smartphones, watches and other devices? Do you see this tech trend as an improvement for humanity or a distraction from what really matters? Let us know in the comments!