5 Fascinating Facts About Mobile VR in 2016 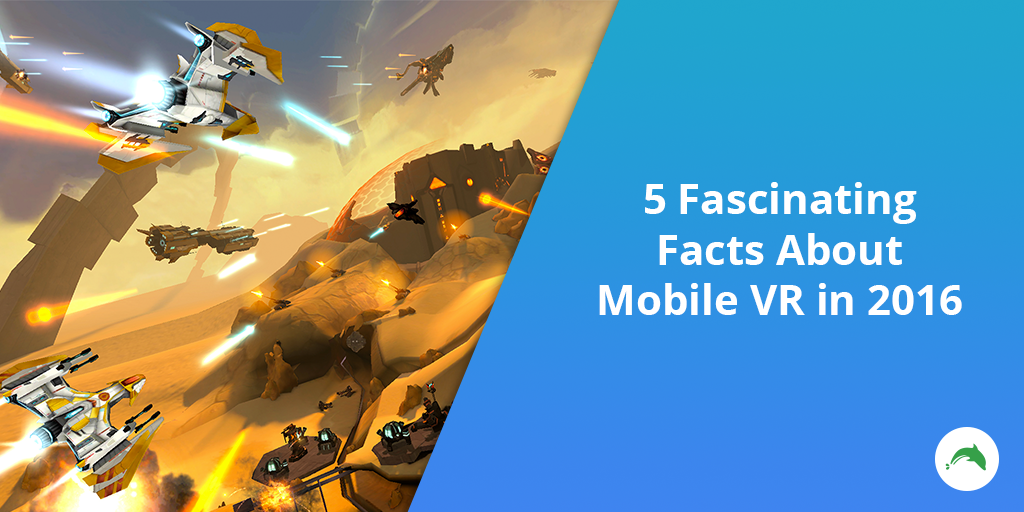 Mobile VR is still in its earliest stages, but based on what we’ve seen, the future looks AWESOME.

Virtual reality has been a working concept since the 1950’s, but it’s only within the last year that it’s been available to consumers. It is now especially more accessible given the availability of mobile VR devices at reasonable prices. Products like Google Cardboard and Seiss VR One offer a low-end entry point into the mysteriously enchanting VR world, but ultimately lack in full immersion, comfort and quality.

Samsung decided to take a more integrated approach to build out their mobile VR product line. To create the Gear VR, Samsung worked directly with the Oculus team at Facebook to not only build an affordable VR headset, but also a stellar line of mobile devices that can support fluid and beautiful virtual reality experiences. The result? A $99 Gear VR headset that works seamlessly with any of Samsung’s new Galaxy phones.

We explored some of the cool things you can do using a Gear VR device using the Oculus App Store. Whether you have the device or not, this will get you excited about the fascinating world of mobile VR.

1. You Can Just Watch Mobile VR Videos All Day Everyday

You hold in your hands one of the most futuristic devices known to mankind, and you could spend all of your time using only one app: Oculus Video. There are literally thousands of hours of FREE virtual reality content to peruse, in the form of Facebook 360 Videos, Vimeo, Twitch TV, and more. You can even immerse yourself into feature-length movies. That is, if you don’t mind paying an entrance fee, which can be anywhere from $5 to $25.

If you are skeptical of virtual reality, a non-believer of its revolutionary storytelling capabilities, then go use Oculus video to surf the waves of Tahiti, walk the Hollywood red carpet, and fly over the rim of an erupting volcano. After that, you’ll be an official mobile VR believer.

2. You Can Join The Ansharian Flight Team And Protect The Empire From Nergals

The Ansharian Empire is in peril…and you’re the only hope. At least, that’s what it feels like when you lock in your headset and launch Anshar Wars 2. In a quick tutorial, you’ll learn to control your ship with head movements and shoot things using the GearVR touchpad. You’re all set, Pilot!

Anshar Wars 2 is one of the best games for the Gear VR both for the immersiveness and gameplay, and is a third person sci-fi shooter with a whole lot to like. The beautifully designed space setting pairs with intuitive gameplay that intensifies over the course of a dozen or so missions. While it may be one of the more expensive games on the store, it’s also one of the most fully developed titles that truly pushes the VR experience to the limit.

3. You Can Solve Puzzles While Gliding Through Picturesque Landscapes

Ever heard of Monument Valley? That optical illusion mobile game by ustwo full of traversal puzzles set in a world of fantastical architecture and impossible geometry? Land’s End is ustwo’s take on an immersive VR gameplay experience, but less about mind bending puzzles than about simple joy and awe. Stunning landscapes are rendered in a minimalist style that make you feel like you are a small detail in an expansive work of art. Land’s End will fulfill your need for peaceful puzzle-solving and exploration as you glide through the simple gameplay. Extraordinary!

4. You Can Have the Living Daylights Scared Out of You

As virtual reality becomes more mainstream, movie and game producers are testing how to use this technology to aid storytelling. Sisters is a great demonstration of how the immersive quality of VR can take the Horror genre to the next level. We won’t give anything away, but we do challenge you to this: make it more than 1 minute without screaming like a little girl.

One added bonus is that Sisters is not just exclusive to the Oculus Store: it’s available on iOS and Android VR devices as well!

5. You Can Sit Around a Virtual Campfire and Talk with Your Friends

Fans of sci-fi novels will like this one: the futuristic social world where you can pop on a headset and talk face to face with your friend on the other side of the world is real.

Virtual reality is in its infancy, and much like the internet of the 90’s, it’s still sort of the Wild West when it comes to interacting with other people online. There are two apps that are making great strides in the social genre, though: AltspaceVR and vTime.

AltSpaceVR takes the social aspect of the early days of internet chatrooms and combines it with the technology of virtual reality, giving you a world where you and just about anyone else with a GearVR can intermingle with each other. You can watch Netflix together, play chess together, visit volcanos together, and even control a functional multi-user web browse within the shared space.

vTime is similar, but simplified. Meet, chat, and interact with friends in beautiful virtual locations. To get started, just create an avatar, put on a sweet virtual get-up, and connect with friends or even strangers. Chatting with four people from different corners of the world while floating outside the International Space Station is an experience like no other.

Mobile VR is still in its earliest stages, but based on what we’ve seen, the future looks AWESOME.

Do you have any fun virtual experiences to add? Let us know in the comments!