5 Bold Uses of Drones that Will Change the World 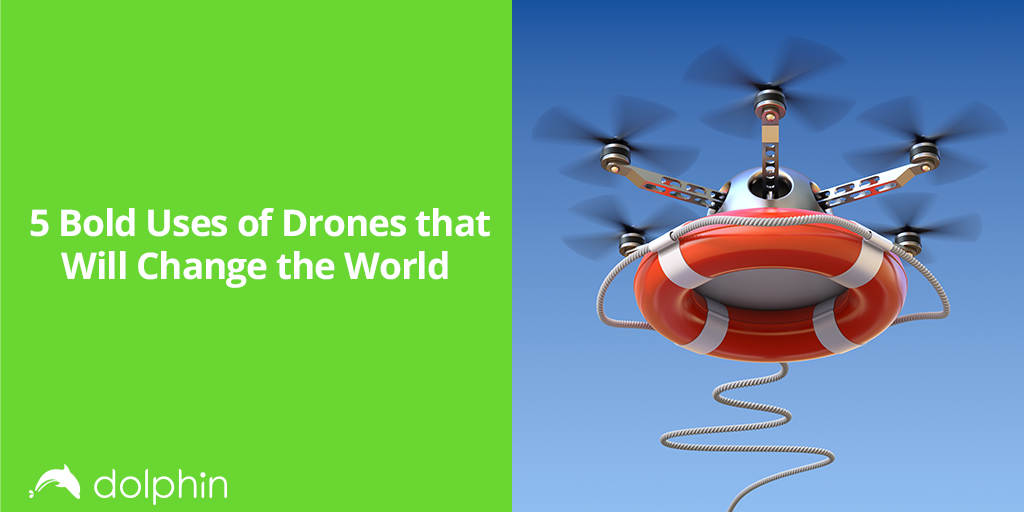 Commercial uses of drones will be a $3 billion industry by 2024, but what will that future look like?

Unmanned aerial vehicles are getting some serious attention, and the uses of drones in the future will be incredible.

In fact, Business Insider reports that commercial drones will be a 3 billion dollar industry by 2024, so it should come as no surprise that many people are searching for new ways to use drones to make an impact on the world. If you received a drone for Christmas this year, and are already bored with using it to annoy your neighbor’s dog, read on for our top 5 uses of drones in the future.

When drones first entered the world stage via the military, their main function was to take lives. The tone of drones has shifted in the past few years, and now civilians are discovering new ways to use their personal UAVs for the greater good. Back in late 2014, Delft University of Technology in Delft, Netherlands unveiled their ambulance drone, outfitted with a defibrillator to be dispatched instantly to heart attack victims. The drone can outrun an ambulance, and an operator talks the caller through the process of using the AED to jumpstart the patient’s heart. Imagine how many lives could be saved if this technology were to be adopted worldwide. Elsewhere, drones outfitted with life preservers will be used to reach potential drowning victims at previously unprecedented speeds without risking the lives of rescue workers.

In addition, drones will find uses in other types of rescue efforts. From thermal imaging assistance in search and rescue missions to smoke composition scanning to help firefighters prepare for the severity of a blaze, drones will do more than just save lives — they will protect the lives of the men and women who risk everything to protect others.

There are already a lot of great security systems out there to protect your home, but historically they have all had one shortcoming: fixed cameras. Until recently, security feeds were limited to permanent, installed surveillance equipment that could only capture images from a specific location. Future drone applications will allow you to install a perimeter around your house that, if compromised, will send a signal to your security drone. Once the signal is received, it will take flight and follow a fixed path over your residence, allowing you to see your property from a bird’s eye view from the safety of your home via its high definition cameras.

In a further effort to protect human workers from dangerous work environments, in the near future, drones will be sturdy enough to carry and assemble building equipment, thanks to some very cool research being done over at Switzerland’s Flying Machine Arena.

Once fully developed, this technology could remove humans from potentially hazardous maintenance environments, such as repairing signs that run over highways.

So far we’ve looked at the uses of drones to save lives, but how about enriching them? Drones can and will be an important education tool in the future. Some teachers are already using them in schools to teach kids about perspective, electronics, aerospace, and the world around them. 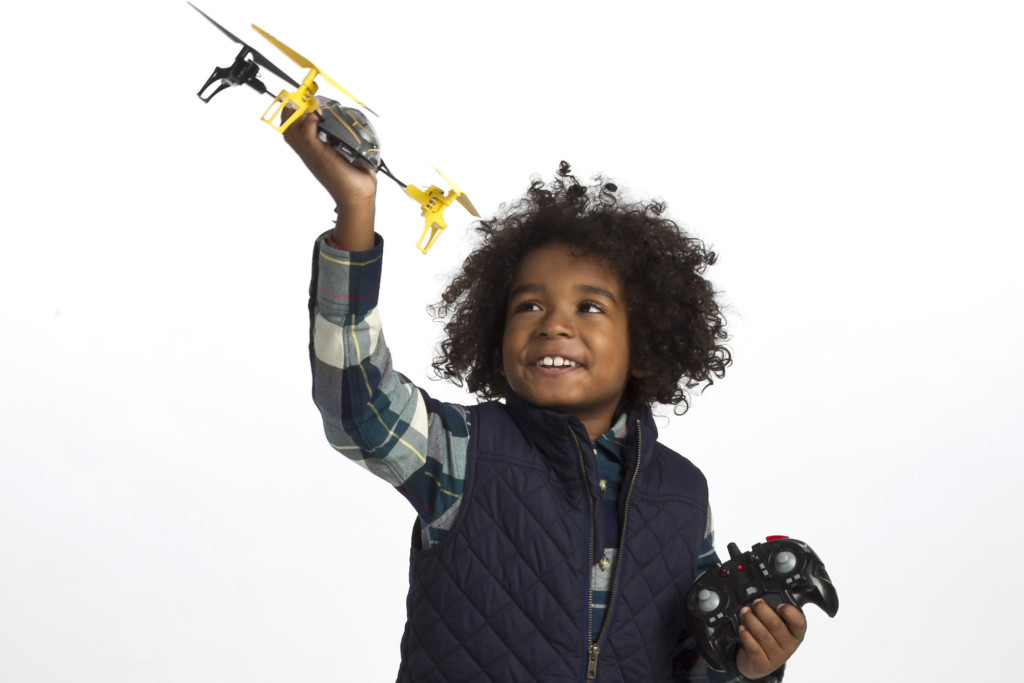 At the higher education level, researchers will be able to chase storms, map uncharted territory, and monitor endangered wildlife all from a safe distance and without causing any undue harm to the world’s fragile ecosystems.

We’ve already heard about Amazon’s plans to add Prime drone delivery in the future, and it is pretty easy to see the benefits of this delivery method. Drone delivery will save industries loads of money over time in the form of reduced labor and fuel costs, and the environmental impact of lower fuel consumption from delivery trucks is definitely worth noting as well. Amazon isn’t the only company looking into this tech, and other uses of drones though. Once it is proven to be reliable and efficient, you’ll be getting your takeout orders delivered this way as well.

Before you know it, pizza, sushi, and even beer will be flying its way to your doorstep.

What would you like to see drones do in the future? What new drone tech gets your gyroscopes spinning? Let us know in the comments!